The Rise of Arbitration in the Cayman Islands

When will mankind be convinced and agree to settle their difficulties by arbitration?
Benjamin Franklin, 1783

In light of the increasing prevalence of arbitration, it is timely to remind potential users of arbitration in the Cayman Islands of its availability and possibly significant advantages over other forms of dispute resolution. We therefore address in this brief note some of the common questions relating to arbitration in this jurisdiction.

The primary difference between arbitration and other forms of alternative dispute resolution, such as negotiation and mediation, is that arbitration results in a final, binding decision (known as an ‘award’) which is legally enforceable.

Arbitration is actively encouraged by the legislative framework and courts of the Cayman Islands as a means by which for parties to resolve their disputes. The Arbitration Law is expressly founded on the principles that arbitration in this jurisdiction seeks to achieve the fair resolution of disputes by an impartial tribunal without undue delay or expense, with maximum party autonomy subject only to such safeguards as are necessary in the public interest, and minimal judicial intervention.

Which disputes are arbitrable, and when can parties agree to resolve their dispute by arbitration?

In the Cayman Islands, almost all commercial disputes are arbitrable, save for a few exceptions the most notable of which is insolvency. In certain instances, statutory remedies and orders pursuant to regulatory laws are only available from the Grand Court.

Importantly, arbitration is a consensual process which requires the parties to agree, either prior to any dispute arising between them or after a dispute has arisen, to refer the dispute to arbitration. Arbitral proceedings are typically commenced as a result of a clause being included in a contract which provides that any dispute arising in relation to the agreement will be determined by arbitration. Less commonly, parties may agree after a dispute has arisen (even if there is a clause in their commercial agreement providing for disputes to be resolved by the courts of a particular jurisdiction) that they wish to refer the dispute to arbitration.

What are the advantages of arbitration?

Arbitration has a number of attractive advantages which may facilitate the resolution of disputes more efficiently, cost-effectively and privately than litigation. The key advantages of arbitration are as follows:

In addition to the above, arbitration may result in disputes being determined more quickly and at lower cost than litigation, however this will depend in part upon the procedure applicable to the arbitration. Unlike a court judgment, an arbitral award is generally not appealable (save for in very limited circumstances). The finality of arbitral awards may therefore reduce the overall cost of proceedings by avoiding the potential costs of appeals.

Which laws and procedural rules govern the arbitration?

An arbitration seated[2] in the Cayman Islands is subject to the supervisory jurisdiction of the Grand Court of the Cayman Islands and the Arbitration Law. The Grand Court’s role is to exercise its powers under the Arbitration Law in support of the arbitration only where necessary. In practice, it is seldom necessary for the Court to have any involvement in arbitration proceedings, however the Court performs an important role as a ‘safety net’ to hold parties to their agreement to arbitrate and to support the arbitral process where required.

It is important to note that the commercial contract between the parties in dispute may be governed by and construed in accordance with the laws of a different jurisdiction to the seat of arbitration. For example, parties to an agreement governed by the laws of Canada may agree to resolve any dispute between them by arbitration seated in the Cayman Islands, in which case the arbitral tribunal would construe the contract in accordance with the laws of Canada but the procedural law of the Cayman Islands (including the Arbitration Law) would apply and the Grand Court of the Cayman Islands would exercise supervisory jurisdiction.

How are arbitral proceedings conducted?

The Arbitration Law requires the arbitral tribunal to act fairly and impartially, to allow each party a reasonable opportunity to present its case, to conduct the arbitration without unnecessary delay, and not to incur any unnecessary expense.

Arbitral proceedings are typically conducted in a manner broadly similar to litigation in the Cayman Islands, however there may be important distinctions relating to aspects of the proceedings, such as discovery/ disclosure and the form of witness evidence.

From a practical standpoint, arbitrators generally liaise with the parties by email where appropriate and any interlocutory or final hearings that may be necessary are typically held at the offices of one of the parties or the arbitrators, or at a venue such as an arbitral institution or specialist dispute resolution centre.

What powers does the arbitral tribunal have?

Subject to the parties’ agreement, the Arbitration Law and the applicable rules, the arbitral tribunal has wide case management powers to conduct the arbitration.

Unless otherwise agreed by the parties, the arbitral tribunal has the power to grant interim measures to order a party to maintain or restore the original position of the other party pending determination of the dispute; to take action to prevent, or refrain from taking action that is likely to cause, harm to the arbitral process; to provide a means of preserving assets out of which a subsequent award may be satisfied; and to preserve evidence that may be relevant to the resolution of the dispute.

As regards final remedies, the tribunal may, unless the parties have agreed otherwise, award any remedy or relief that a court could have ordered if the dispute had been litigated, including damages, final and permanent injunctions, specific performance and restitution.

What happens if a party to an arbitration agreement commences court proceedings in breach of the agreement?

The Cayman Islands has a pro-arbitration framework for the resolution of domestic and international disputes by arbitration. The jurisdiction has a well-established legal infrastructure, experienced lawyers and arbitrators, a stable and impartial judiciary, and a strong track record of enforcing arbitration agreements and arbitral awards. These features, combined with the Cayman Islands’ geographical advantages as a neutral location for the conduct of arbitrations, make it an excellent choice as a seat for international arbitrations.

Parties are increasingly aware of the potential benefits of arbitration, and arbitration agreements are now commonly included in commercial agreements. A party to a dispute may wish to consider proposing to resolve the dispute by arbitration in appropriate circumstances. It should also be borne in mind that arbitration may be combined with other non-binding dispute resolution procedures, such as mediation, as a means by which to bring about the resolution of a dispute. Many of the leading arbitral institutions provide for a preliminary or concurrent mediation process should the parties wish to pursue mediation.

This note is intended to address briefly some of the common questions relating to arbitration in the Cayman Islands. Should you have any questions, or wish to discuss any aspect of arbitration in this jurisdiction, please do not hesitate to contact us. 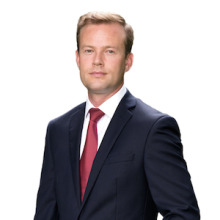 02 Jun 2022
WON is a professional networking group launched by, and acting for, women working in the…

24 May 2022
We are delighted to announce that Campbells Partner and Head of our PRC Group, Jenny…