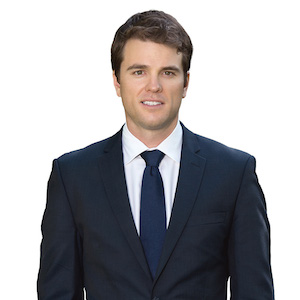 “Andrew Pullinger… is an outstanding litigator. Clear, decisive and engaged in the detail of issues in a way that few other partners on Cayman would be. A huge intellect and destined to be the stand-out litigator on Cayman.”
– Legal 500, 2021

“Andrew Pullinger is a star litigator. Calm, assured and with a brilliant legal mind he is also a keen strategist. He is approachable and user-friendly.”
-Legal 500, 2021

His peers have “a huge amount of respect for him” and praise his “solid judgment”.
– Chambers and Partners, 2020

Andrew Pullinger is “an incredibly bright operator” praised for his dynamic practice which has seen him act for clients in complex cross-border disputes.
– Who’s Who Legal, 2020

Andrew has experience litigating in jurisdictions throughout the world, as well as conducting institutional and ad hoc arbitrations under a variety of different rules (including ICC, LCIA, AAA and UNCITRAL). Prior to joining Campbells in 2014, Andrew practised at DLA Piper in both Australia (2006 – 2009) and London (2009 – 2013). In London, Andrew specialised in international dispute resolution with a particular focus on international arbitration. He has extensive experience coordinating and leading teams in major, complex and high value disputes. He has particular expertise advising clients in respect of investment fund and other financial services disputes (especially claims against administrators, custodians and auditors), professional negligence claims and a broad range of contractual disputes. His clients have included foreign governments, major banks, leading professional services firms and other multinationals spanning a number of sectors.

Andrew is ranked by Chambers and Partners for Cayman Islands dispute resolution and is named a “Future Leader” among Cayman Islands litigation Partners by Who’s Who Legal.