With almost 500,000 active British Virgin Islands (“BVI”) business companies in existence, and over 10,000 new incorporations per quarter, the BVI is universally recognised as one of the world’s leading offshore jurisdictions.

The purpose of this client briefing is to provide a market update and high level overview of recent trends in the BVI.

Campbells advises on all aspects of BVI and Cayman Islands law and has further expanded its capabilities to advise on BVI matters by the addition of several new lawyers in recent months.

In addition to the tax neutral status of BVI business companies and the absence of any residency requirements for directors, the unparalleled flexibility of the BVI Business Companies Act, 2004 (as amended) (the “BCA”) continues to attract new and existing clients to the jurisdiction.

The following features of BVI business companies, as provided for by the BCA, are often viewed by our clients as particularly appealing and advantageous:

One cautionary note however is that members of the public can obtain a copy of a BVI business company’s constitutional documents from the BVI Registry for a nominal fee, unlike the position in the Cayman Islands. Caution must therefore be exercised in ensuring that sensitive information is excluded when preparing or updating a BVI business company’s constitutional documents.

We have witnessed a subdued appetite for new private and professional funds in the BVI, with only 102 funds being licensed by the BVI Financial Services Commission (“BVI FSC”) in 2014. The Cayman Islands continue to dominate the offshore hedge funds market, with over 11,000 open ended funds registered with the Cayman Islands Monetary Authority (“CIMA”) as against 2,000 private and professional funds in the BVI. Although the BVI’s private fund product continues to attract smaller start-up managers due to perceived cost savings, start-up managers often opt for a “Section 4(4)” Cayman Islands unregulated open ended fund where there are 15 or fewer investors. The BVI does not currently have an exempted or unregulated open ended fund product.

Although statistics for closed ended funds are less readily available, as such funds are not regulated in either the BVI or the Cayman Islands, the latest statistics published by the BVI FSC show that 74 International Limited Partnerships were established in the BVI in the second half of 2014, up from 55 in the first half of 2014. We have noted a preference for closed ended limited partnership funds to be established in the Cayman Islands however following the coming into force of The Exempted Limited Partnership Law, 2014, which provides Cayman Islands exempted limited partnerships with additional flexibility and certainty.

Campbells is able to provide advice on the full range of BVI corporate transactions and litigation matters.  You can contact one of the below Attorneys or your usual Campbells contact. 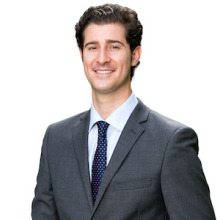