A January 2017 decision of Justice McMillan in the Grand Court of the Cayman Islands in CHC Group Ltd (unreported) has concluded that a Cayman company may apply for the appointment of joint provisional liquidators (“JPLs”) to the company in circumstances where a creditor has filed a winding up petition.

The Grand Court’s 2015 decision in China Shanshui[1] determined that, absent a special resolution passed by shareholders or an authorisation to do so in the company’s articles of association, a Cayman company may not petition for its own winding up. It is therefore unable to take the first required step that would then permit an application to be made for the appointment of JPLs for the purpose of effecting a restructuring of the company. China Shanshui was an explicit approval of the English common law test as set out in Re Emmardart Ltd,[2] and a rejection of the 2011 decision in China Milk[3]  where the Grand Court held that directors of insolvent companies could petition for winding up orders without the approval of shareholders or authorisation in the company’s articles.

While the decision in CHC does not resolve the difficulty that was made clear in China Shanshui, it does confirm the availability of a much discussed means of bypassing that difficulty: having a “friendly” creditor file a winding up petition so that an application for the appointment of JPLs may follow.

In CHC, the company was seeking to have JPLs appointed in order to assist with the implementation of its US Chapter 11 plan.  Recognising that following China Shanshui it would not be able to petition for its own winding up, the company had a related entity creditor commence the winding up proceeding, and then immediately filed its own application in that proceeding under section 104(3) of the Companies Law (2016 Revision) for the appointment of restructuring JPLs.

In hearing the company’s application, Justice McMillan was invited to review the issue of how JPLs may validly come to be appointed. He considered the decisions in China Shanshui, China Milk and Emmadart and expressed the view that those decisions were only concerned with the preliminary question of whether a company could petition for its own winding up and therefore had no bearing on the situation in CHC where there was a creditor’s winding up petition already on foot prior to the company’s application for the appointment of restructuring JPLs.  McMillan J concluded that “there is no conceivable basis for inferring that the application for the appointment of joint provisional liquidators made on behalf of the Company itself is contrary to law or contrary to good practice” and therefore granted the application.

The Court did not however address in its short judgment the provisions of O.4, r.6(1) of the Companies Winding Up Rules 2008 (as amended), which states: “Whenever a winding up petition is presented by the company itself, the company may apply by summons for an order for the appointment of a provisional liquidator on the grounds contained in section 104(3) of the Law” [emphasis added].  On its face, this would arguably appear to limit the ability of a company to seek orders appointing JPLs to cases where it had filed the winding up petition itself – which then squarely brings back into focus the preliminary question of when a company may petition for its own winding up as debated in China Shanshui, China Milk and Emmadart.  It is not apparent from the judgment whether the Court’s attention was drawn to this rule, and so the point may be taken on any future attempt to rely on CHC as a workaround to the standing problem identified in China Shanshui.

In the meantime, work continues on enacting a legislative solution to resolve the uncertainty highlighted in the conflicting decisions of China Shanshui, and China Milk.

[2] [1979] Ch 540; The Emmadart test prohibits companies from petitioning for their own winding up unless expressly authorised to do so under their articles of association or pursuant to a special resolution of shareholders. 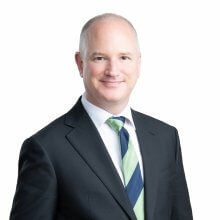 Cayman Court clarifies the test for the appointment of provisional liquidators

07 Oct 2021
This chapter discusses duties of Cayman Islands directors, the zone of insolvency, consequences for directors…