The defining feature of the unique Cayman Islands entity, the segregated portfolio company (“SPC”), is its strict separation of assets and liabilities (as further explained below). It is also what makes the SPC particularly attractive to captive insurers (for which SPC structures are commonly used). In a recent case, where Campbells acted for the successful stakeholders, the integrity of the segregation principle in the context of an official liquidation was upheld, confirming that the SPC structure remains a robust and stable way to hold assets in a segregated manner to protect assets in one cell from the liabilities of another.

The Special Features of an SPC

SPCs consist of one overarching legal entity, which contains one or more segregated cells (referred to as “segregated portfolios” (or “SPs”)) within its structure, but which do not have a legal personality separate from the SPC of which they form a part. There are no restrictions on the number of SPs that an SPC can contain, but each cell must be separately identifiable and include the word “Segregated Portfolio”, “SP” or “S.P.” in its name.

Considering the special nature of the SPC, it is not particularly surprising that the strict segregation must be maintained in liquidation, and that a liquidator of an SPC has to follow the same procedures, in terms of the separation of assets and liabilities, as the directors of SPCs (s. 223(1) of the Companies Act).

Consequently, a liquidator’s ability to pay a company’s general liquidation expenses, including their own remuneration, out of the company’s assets does not automatically extend to individual SPs of the SPC in liquidation. As liquidator of an SPC, a liquidator must recognise and distinguish between general liabilities and expenses on the one hand and liabilities and expenses of individual SPs on the other. Section 223 of the Companies Act is explicitly said to apply notwithstanding any rule of law, and thus it overrides any statutory or common law rule whereby liquidators might otherwise be able to charge fees and expenses to assets under their control.

Having identified a conflict of interest, Bottini SP and SSS SP, represented by Campbells LLP, applied to the Grand Court for the appointment of an additional joint official liquidator (“AJOL”) who would be appointed over Bottini SP and SSS SP. The appointment of a third liquidator, although not common, is provided for in s. 105(1) of the Companies Act. Section 106 of the Companies Act allows the Court to expressly limit the powers of an official liquidator.

Campbells argued on behalf of Bottini SP and SSS SP that the Court should exercise its power to appoint an AJOL to those particular SPs who would be free to act entirely in the interests of those SPs without any conflicting duties to any other interested party and that such an appointment reflected the “golden thread” of insolvency law – the principle that a liquidation should be conducted in the interest of those persons who are financially interested in the liquidation (see In re Asia Private Credit Fund Limited [2020] (1) CILR 134 and In re Alpha Re Limited, FSD No. 15 of 2018 (unreported)).

The Honourable Justice Parker accepted Campbells’ submissions. He found that “[w]hile trading, the assets of the segregated portfolios are not available to back stop or guarantee the general liabilities or expenses of the SPC and the position is explicitly provided not to be different in a liquidation.”[2] He also found that there was “at least the reasonable perception of a conflict of interest with the JOLs.”[3]

In addition, the Court found that the perceived conflict was causing difficulties in respect of the allocation of the fees and expenses as between the insolvent SPs and solvent SPs of Performance Insurance and it was therefore necessary and appropriate for an additional liquidator to be appointed.[4] Bottini SP and SSS SP were consequently successful in having an AJOL appointed, who was expressly appointed over those SPs only, to the exclusion of the JOLs.

The judgment of Mr Justice Parker is an extremely important recognition of the preservation of the function and benefits of the SPC. Justice Parker’s judgment is the first judgment in which the “golden thread” of insolvency law has been applied in the SPC context. [5] The appointment of an AJOL to certain SPs within an SPC structure to safeguard segregated assets is a welcome reiteration of the segregation principle.

The true value of this judgment is likely to accrue to the many stakeholders of Cayman SPCs who are now assured that the assets in their portfolios cannot be used to “backstop or guarantee” general liabilities or expenses of an SPC, even in an insolvent liquidation. It is not an exaggeration to say that, had the Grand Court’s decision not been to that effect, we would now be contemplating the end of the SPC as a viable corporate structure in the Cayman Islands. It is hoped that this decision will provide added comfort to participants in the thriving Cayman captive insurance market that the Cayman SPC product remains robust and legally certain even in the most adverse of circumstances. 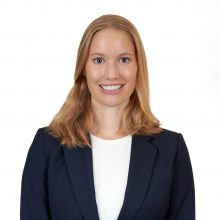