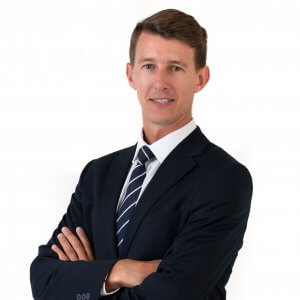 Harry is an associate in our Litigation, Insolvency & Restructuring Group and has a broad background in dispute resolution. He has advised clients ranging from individual investors to global banks and has experience litigating a broad spectrum of commercial cases including contractual disputes, contentious trusts, insurance disputes as well as insolvency.

Harry has expertise managing all facets of dispute resolution starting from the initial instructions through to trial advocacy and enforcement.  Before moving to the Cayman Islands, Harry practiced in one of New Zealand’s leading litigation teams where he regularly appeared as lead and junior counsel in the High Court alongside prominent QCs. More recently Harry had been working in London within one of the UK’s largest banks.

As well as being admitted as an Attorney in the Cayman Islands, Harry is also admitted as a Barrister and Solicitor in New Zealand.

Harry has acted for directors, shareholders and investors in commercial disputes as well as for both trustees and beneficiaries in the contentious trust space. He has represented clients involved in regulatory investigations and alternative dispute resolution forums including mediation and arbitration.