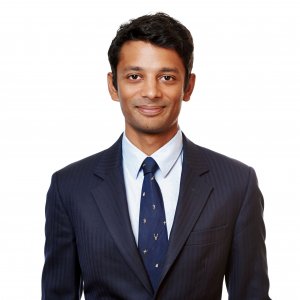 Hamid is a senior associate in our Litigation, Insolvency & Restructuring Group and has extensive experience dealing with large-scale multi-party cross border disputes. His expertise encompasses commercial litigation as well as insolvency and restructuring.

“Hamid Khanbhai is a brilliant lawyer for any serious litigation. Clever, quick, creative, dedicated, versatile and imaginative. I would always want him on my side.”
-Legal 500, 2021

Written and oral advocacy is an important part of Hamid’s practice, in addition to advisory work. Prior to coming to the Cayman Islands, Hamid gained significant experience as a barrister in London, where he has appeared as sole and junior advocate in relation to a wide number of commercial disputes. In the Grand Court of the Cayman Islands, he has recently appeared as advocate for the company in a members’ scheme of arrangement effecting a multi-billion dollar demerger.

Hamid is admitted to the Bars of the Cayman Islands, the British Virgin Islands and England & Wales.

Hamid acts for liquidators, creditors, shareholders, directors, managers and other professional service providers in litigation and in relation to a broad range of pre and post liquidation disputes.

A significant part of Hamid’s recent work has included advising and acting for companies (token issuers, investment funds), directors, and investors in connection with investments in cryptoassets.

Hamid regularly publishes on issues relevant to insolvency, restructuring and investment fund litigation. He welcomes opportunities to speak at seminars and conferences, recently speaking on two panels at Offshore Alert Miami, including one that focused on blockchain and initial coin offerings (ICOs).