Time to Make a BVI Will? Consequences of the Death of the Sole Shareholder of a BVI Company

Dealing with shares in a company incorporated in the British Virgin Islands (“BVI”) following the death of the sole shareholder can be a complicated, costly and time consuming processes. To alleviate the difficulties that can arise, you or your client, may wish to consider making a BVI Will.

We summarise below the process by which shares in a BVI Company can transfer following the death of the sole shareholder.

Under BVI law, a deceased person’s assets situated in BVI, including any registered shares in a BVI company, can only be dealt with by his personal representative.

If the deceased appointed an executor in his Will, and that Will is governed by foreign law, then the executor can only deal with assets situate in the BVI if he applies for and obtains from the BVI court a Grant of Probate.

In the event that the deceased died intestate (i.e. he or she did not leave a Will) any person that is, or is entitled to administer the deceased’s estate, must first apply for, and obtain from, the BVI court Letters of Administration.

Where the executor or administrator of the deceased’s estate has obtained a Grant of Probate from England and Wales or some Commonwealth countries, then the executor and administrator may apply to the BVI court for the resealing of that grant.

All three of the above applications must be supported by several affidavits and include details regarding foreign law and the executor/administrator’s ability to deal with the assets. Matters are complicated further if the Will is in a foreign language.

If a valid last will and testament governed by BVI law (“BVI Will”) was validly executed by the testator prior to death, then the time and costs of obtaining Grant of Probate will be greatly reduced, as fewer supporting documents will be required, and there will be no need for expert witness evidence in respect of any will governed by laws other than BVI law.

A simple, short-form BVI Will in respect of the shares in a BVI company can be prepared quickly and inexpensively. If required, bespoke drafting and/or trust provisions can be included.

Please note, however, that succession to moveable assets and the formalities of valid testamentary arrangements will be determined largely by the domiciliary law of the deceased and so onshore legal and tax advice should be obtained (to confirm that a BVI Will would be effective under such laws).

As an alternative, the shares could be transferred from the sole shareholder to himself and one or more joint holders (recorded in the register of members as joint holders of the same shares). Upon the death of one joint holder, the shares will pass automatically to the surviving joint holder(s) by operation of law, without the need for any court process.

A further alternative would be to have the shares held by a company or trust, rather than one or more individuals.

For further information please reach out to Daniel Russell or your usual Campbells contact. 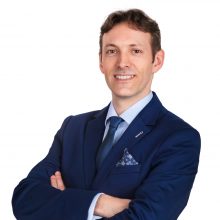