The Court followed the criteria set out in Sparkasse Bregenz Bank AG v Associated Capital Corp[1] in finding that the statutory demand should be set aside, reasoning that there was a genuine and substantial dispute.

Additionally, the Court turned its mind to a number of technical arguments regarding what constitutes a debt for the purposes of serving a statutory demand on a company incorporated in the BVI. Notably, the Court applied Trade and Commerce Bank v Island Point Properties SA[2] holding that common law claims for money had and received, as was held to be the case in this instance, can be properly described as debts within the meaning of the BVI Insolvency Act, 2003 (the “Act”). Conversely, the Court considered that claims based on principles of equitable restitution might be a “liability” but such claims are not necessarily a debt due and payable at the time a demand is served. Therefore, any statutory demand that seeks payment of sums claimed on equitable restitution principles is susceptible to being set aside.

On 18 September 2019, PFI HK served a statutory demand on PFI BVI alleging that PFI BVI owed the sum of US$500,000 (the “Sum”) on the basis that the Sum was transferred to PFI BVI from PFI HK without agreement and in the absence of any consideration.

On 30 September 2019, PFI BVI applied to the Commercial Division of the Eastern Caribbean Supreme Court (BVI) (the “Commercial Court”) to set aside the statutory demand pursuant to section 156 of the Act. It was the position of PFI BVI that the Sum had been transferred from PFI HK through PFI BVI for the purposes of a loan to PFI Singapore (the “Loan”). It was an undisputed fact between the parties that PFI BVI had made two separate transfers to PFI Singapore totalling US$500,017.45 having received payment in the sum of US$500,000.00. PFI BVI argued that PFI HK could not make international remittances through its bank account in Hong Kong and, as such, PFI BVI was used as a necessary intermediary through which to facilitate the transfer of the Loan to PFI Singapore. PFI HK put forward the case that PFI BVI’s sole shareholder, who was a director of PFI BVI, PFI HK and PFI Singapore at the relevant time, was the architect of a large scale fraud and that the Sum transferred from PFI HK to PFI BVI was in further pursuance of this fraud[3].

Setting aside a statutory demand – application of the Sparkasse test

The applicant relied on the following grounds to set aside the statutory demand:

In respect of subsection 157(1)(a), the law is settled. The legal test to be applied is as set out by the Eastern Caribbean Court of Appeal in Sparkasse:

‘If the debt is disputed, the reason given must be substantial and it is not enough for a thoroughly bad reason to be put forward honestly…the dispute must be genuine in both a subjective and objective sense. That means that the reason for not paying the debt must be honestly believed to exist and must be based on substantial or reasonable grounds’[4].

PFI BVI submitted that the dispute between the parties as regards the Loan was substantial due to contemporaneous evidence adduced to show that the Sum was a loan payment and that it was PFI Singapore that owed the Sum to PFI HK. Additionally, PFI BVI averred that the allegations of fraud raised by PFI HK only amplified their position that there was a substantial dispute between the parties that first needed to be adjudicated before the Sum could constitute a debt. PFI HK submitted that there was clear evidence of a fraud and that the explanation behind using PFI BVI as an intermediary, that the bank account in Hong Kong used by PFI HK could not complete international bank remittances, was blatantly unbelievable.

The Court, in agreeing with PFI BVI’s position in part, held that there was a genuine and substantial dispute surrounding the Loan. Moreover, the Court found that the allegations of fraud, as raised in this instance, were collateral to the claim against PFI BVI holding that, ‘[T]he default position is that a putative creditor should bring ordinary court proceedings to establish the debt’.

The applicant sought to rely on the decision of Trade and Commerce Bank arguing that the PFI HK’s claim was an equitable restitutionary claim, and as such it could not be a liability within the meaning of the Act. It was further argued that an equitable restitutionary claim and a common law claim for money had and received should be treated the same – that neither could be claimed on the face of a statutory demand.

The Court, however, did not agree with this proposition and held that PFI HK had made a common law claim for monies had and received and not an equitable restitutionary claim. Applying Trade and Commerce Bank, at [35] the Court followed the approach taken by the Court of Appeal:

‘…a present obligation to repay must arise out of a contractual relationship or under some statutory provision or out of circumstances giving rise to an obligation to repay on the basis of money had and received, in order to be treated as a debt’[5].

Furthermore, the Court held that a pre-issue demand letter was not necessary in this instance holding that ‘a restitutionary obligation arises without any need for notice of demand. Time runs for limitation purposes from the date of receipt of the money, not the date on which repayment is demanded’[6].

This judgment provides further guidance regarding the application of the Sparkasse test by the BVI Commercial Court and confirms the position of the Eastern Caribbean Court of Appeal in Trade and Commerce Bank.

Parties seeking to issue statutory demands should be aware of the limitations of the statutory demand procedure. Whilst the Court concluded that the detailed allegations of fraud, as was alleged in this matter, were unsuitable for summary determination, parties should also be aware that the Court will seemingly not take a ‘blanket approach’ to set aside applications brought where statutory demands were issued with a background of fraud. Instead the creditor must established a clear link between the alleged fraudulent activity and the defences raised by the putative debtor. 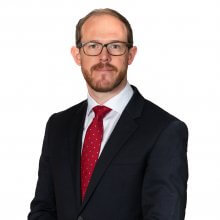 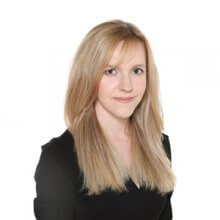 26 May 2020
This article considers whether Calderbank offers are, in Cayman practice, an effective means of encouraging…

21 May 2020
This advisory discusses Palladyne International Asset Management B.V. v Upper Brook (A) Limited and others,…

From the Coronation Cases to Coronavirus – A Short History of Frustration

14 May 2020
In business, contractual counter parties have been considering how unforeseen “supervening” events affect the rights…

Campbells advised Peijia Medical Limited on the second largest IPO on the Hong Kong Stock Exchange this year, raising HK$2.34 billion (US$301 million) (and up to $2.69 billion (US$346 million) upon exercise of the over-allotment option)

Campbells advised Akeso, Inc. on its HK$2.58 billion (US$333 million) (and up to HK$2.97 billion (US$383 million) upon exercise of the over-allotment option) initial public offering on the main board of the Hong Kong Stock Exchange, in the biggest Hong Kong IPO this year