A recent decision of the Grand Court may affect role of developers of strata corporations in the Cayman Islands, particularly where the strata development forms part of a larger resort complex, perhaps incorporating timeshare apartments or a hotel.

The decision of Hon. Justice Ingrid Mangatal in Carl Clappison and Sea Grape Escape Limited v The Proprietors of Strata Plan No. 381 et al 17 May 2016 concerns a parcel of land situated within a mixed strata and timeshare development comprising the strata corporation, known as Castaways’ Cove in East End, Grand Cayman, and a timeshare development known as The Reef.  Castaways’ Cove has a total of fifty-three units and was built some time in 2003, after The Reef.  They share common management, by a company controlled by the developer, which also remains the owner of a significant number of strata lots at Castaways’ Cove.

Before the developer sold any of the strata lots, it passed a “unanimous” resolution of the strata corporation (because it owned 100% of the unit entitlement), revoking the default by-laws scheduled to the Strata Titles Registration Law (the “Law”), and replacing them with bespoke by-laws.  Clause 2 of the bespoke by-laws provided that (in summary), so long as the developer remained the owner of at least one strata lot, the other owners were effectively precluded from exercising any voting power in general meetings to override the developer’s intentions, and were, for several years, formally excluded from controlling the Executive Committee, and thereafter, the by-law provides that the developer would be able to nominate 2 out of 5 members, and would, in theory, have a chance of voting in the majority.

The plaintiffs being the registered proprietor of four strata lots at Castaways’ Cove sought to set aside clause 2 of the by-laws and to appoint an Administrator to act in place of the Executive Committee for the Strata in accordance with an application under s. 9 of the 2013 Revision of the Law.

On the primary issue, it was argued by the plaintiffs that, in 2003, the Developer, wearing the “hat” of the owner of 100% of the unit entitlement (and therefore comprising the whole of the strata corporation) had acted ultra vires (or outside) the powers conferred on it by the provisions of the Law by imposing Clause 2 of the by-laws, thereby effectively granting itself exclusive control of the Strata Corporation for the foreseeable future.

In the face of that conduct, the plaintiffs submitted that by-laws have both a public law and private law element to them.  The power to enact and amend by-laws is required to be exercised in accordance with enabling legislation in place and must be exercised bona fide and in the best interest of owners as a whole.  They further submitted that a test of reasonableness (akin to the Wednesbury reasonableness which applies in judicial review cases) should be applied to the delegated power to amend by-laws, and that by-laws should not contradict, be repugnant to or inconsistent with the enabling legislation giving the power to make by-laws.  If the revised by-laws offended any of these principles then the plaintiffs submitted that the exercise of the delegated power would be ultra vires and void.

The developer contended that the Law was a comprehensive code and that, on a literal translation, allowed the 100% owner to amend the by-laws as it pleased.  The only remedy available would be amended legislation.

In her lengthy judgment, the learned judge concluded that, when the developer was the owner of 100% of the unit entitlement, it did indeed have the power to revise the bylaws as it had done.  However, she then found that, once units were sold to third parties, the circumstances changed, since the Law encapsulated the right to community governance by providing voting rights to proprietors.  Subsequent amendments of the Law had increased those democratic rights, which the judge held were crystallised once there became more than one proprietor in a strata.  The judge acknowledged that there was no express provision in the Law which enshrined this principle, but stated:  “Even without such provision, the Courts implicitly have the power to strike down an amended by-law which is inconsistent with the statutory scheme, or destroys or waters down rights created under it” and went on to hold that a proper contextual reading of the Law, that the Legislative Assembly had never intended the Law to give authority to make by-laws such as Clause 2 of Castaways’ Cove’s.  Accordingly, they were Wednesbury unreasonable, manifestly partial and had been a means of securing an unfair gain to the developer.  The judge relied on two previous decisions of the Grand Court (Henderson J), in support of her findings, and ordered the offending by-law to be deleted.  Additionally, she recommended that the Legislature should review the Law to address the concerns raised by her decision.

On the facts, the judge declined to appoint an administrator, as she held that if the principle of community democracy was restored to the strata, the issues between the proprietors could be dealt with in accordance with the statutory scheme.

The judge’s hope that the matter may be reviewed should be seen in the light of the Law Reform Commission’s (the “LRC’s”) recommendations concerning the progression of the Law.  In 2013, the LRC published a discussion paper and a comprehensive bill to reform strata law in the Cayman Islands, largely based on the New South Wales model.  To date, only certain of the provisions with regard to disposal of common property by “super majority” have been adopted.  The proposals would introduce a comprehensive modernised code for the development and subsequent management of strata corporation and mixed use developments, and “vacant” or bare land stratas, which have been introduced in Cayman but do not have any obvious statutory basis.   The draft bill contains proposals to foster transparency between owners and developers (particularly those who plan to build future phases) and the introduction of consumer protection provisions which provides for the protection of purchasers dealing with developers.  The report and bill are available on the Law Reform Commission’s website.

We understand that the developer intends to appeal the decision in Clappison, which is a matter of considerable importance to developers of stratas generally, and not just to those contemplating mixed developments including non-strata resort elements.   The Court of Appeal may sit on the appeal as early as this autumn, but early in 2017 seems more likely.

However, as matters currently stand, all developers should seek legal advice concerning any proposed pre-sale amendments to the default by-laws contained in the Law, in the light of this decision, and the two prior cases.  It should be noted that each judge who has considered the matter has accepted that newly organized developments may require developer control during the period when units have not been sold (and possibly before the development is complete), during which time it may be difficult to form an executive committee from unit owners, or the decisions of such a committee might interfere with overall development plans.  However, it is likely that such provisions should be for a limited duration only to avoid the possibility that they may be struck down. 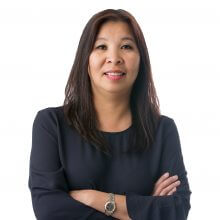