The changes are due to come into force on 1 January 2023 and we have considered each of the substantive amendments in turn:

All BVI companies are currently required to maintain financial records (which includes underlying documentation to show and explain their transactions) and to maintain such records for a minimum period of five years.

The Amending Act provides that from 1 January 2023, BVI companies will be required to produce an annual financial return (the “Annual Return”) which must be:

Although the prescribed form of the Annual Return has not yet been finalized, we anticipate this to comprise a simple balance sheet and profit and loss.

The annual financial return will not be publicly available nor will such information be filed with the Registrar of Corporate Affairs (the “Registrar”) or any other regulatory authority.  However, a registered agent will have an obligation to inform the Financial Services Commission (the “Commission”) if it has not received the return within 30 days of the due date.

The above requirements will not apply to listed companies, companies regulated under the financial services legislation which already provide financial statements to the Commission and companies that file tax returns with the BVI Inland Revenue Department.

Currently, the names of persons acting as directors of BVI companies are not publicly available (although this information is filed with the Registrar).

As part of the changes reflected in the Amending Act, the names of the current directors of BVI companies will be made available to registered users of the online VIRRGIN system.  It is anticipated that it will be necessary to pay a fee to obtain this information and that director names will only be available by way of a search against a particular company (rather than against the name of a director).

The information which will be publicly available will be limited to the name of the director.

Clients should take steps to ensure that the register of directors is up to date with the current directors to comply with the new requirement.

Strike off and dissolution

Once a company has been struck off, rather than being dissolved, the company enters a ‘suspended’ state in which neither the company (nor its directors, members, receiver or liquidator) are permitted to take any actions or act in any way in respect of the company’s assets. If a company is not restored within a period of seven years, the company is dissolved by operation of law and any property of the company vests bona vacantia in the Crown.

The Amending Act provides that from 1 January 2023, the above regime will no longer apply and all newly struck off companies will be automatic dissolved almost immediately following a strike off. Companies will be given 90 days’ notice by the Registrar before it becomes liable to strike off.

A transitional period will apply to existing companies that are currently in a struck off state. However, we would strongly advise that clients with any struck off companies or companies in danger of being struck off, to take urgent remedial action to bring the companies back into good standing.

The existing law provides that dissolved companies can only be restored by a court order.

The Amending Act introduces a simpler process for restoration under which a company can now be restored by means of an application to the Registrar within a period of five years from the date of dissolution. Certain conditions need to be met including that the company has a registered agent in place and that the registered agent has declared that the information it holds on the company is up to date and in compliance with applicable laws.

In cases where a company has been dissolved while still holding assets and those assets have vested in the Crown bona vacantia, there is also a requirement to notify the BVI Financial Secretary that the company is to be restored.

Where a company is restored to the register, it is deemed never to have been struck off or dissolved.

Continuation outside the BVI

From 1 January 2023, a company that wishes to continue outside of the BVI will need to give advance notice to its secured and unsecured creditors and members of any proposed continuation. In addition, a BVI company intending to continue to another jurisdiction must, at least 14 days before filing to continue out:

The above timing considerations should be factored into any proposed continuations out of the BVI.

The ability to issue new bearer shares has been prohibited for some time and any existing bearer shares are ‘immobilized’ unless held by a licensed custodian and are subject to certain record keeping obligations.

The Amending Act will fully abolish and remove the bearer share concept from BVI law when all bearer shares are deemed converted to registered shares as from 1 July 2023.

Register of Members and Voting Rights

Unless such information is already included in a company’s memorandum and articles of association, pursuant to the Amending Act, a company’s register of members will need to include the nature of any voting rights.

The Amending Act introduces a residency requirement for persons who are appointed to act as liquidators of solvent BVI companies. To qualify, an individual must have physically lived in the BVI for at least 180 days, either continuously or in aggregate, prior to their appointment.

It will be possible to appoint joint liquidators where only one of the liquidators meets the residency test.

Voluntary liquidators appointed prior to 1 January 2023 are permitted to continue to act until the conclusion of the liquidation without the need to comply with the new BVI residency requirement.

The Amending Act introduces enabling provisions for a framework concerning a public register of beneficial ownership.  This includes the ability, by way of future regulations, to set out the format of the register, any exemptions and any restrictions to access. The BVI government had previously made a commitment to introduce such a register by 2023 (but only subject to registers of these nature becoming an international standard).

The Amending Act introduces an ability for BVI companies to be used for wholly charitable or non-commercial purposes. However, charitable companies operating outside the BVI will be subject to increased regulatory oversight (which may include the preparation of audited financial accounts and the filing of these with the Registrar) in recognition of how the charitable status of companies incorporated elsewhere in the world has been used to assist in money laundering and terrorist financing.

Please contact your usual Campbells contact should you have any questions or concerns in respect of the changes. In particular, clients with struck-off or dissolved companies that wish to continue in operation should take urgent steps to restore the company. 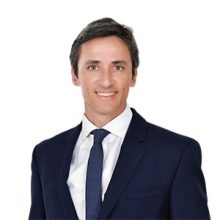