On 27 January 2022 Lord Justice Newey handed down the Court of Appeal’s decision in Byers v Saudi National Bank (previously Samba Financial Group) [2022] EWCA Civ 43 dismissing the Claimants’ appeal and upholding Mr Justice Fancourt’s decision in the High Court at first instance. Specifically, the Court of Appeal was asked to consider whether: (i) a claim for knowing receipt depends on a claimant maintaining a proprietary interest in the property in the hands of the defendant; and (ii) whether that interest existed on the facts of the case before it.

Conversely, knowing receipt is a separate equitable remedy which prevents a party from receiving and retaining property, for his or her benefit, to which he is not entitled, knowing that the transfer to him was of property which beneficially belonged to a third party/claimant. In order for this equitable cause of action to succeed, it is necessary for the defendant to have some degree of culpability. Therefore, for such a claim to succeed there must be a transfer of property amounting to a breach of fiduciary duty owed to the claimant where the defendant’s state of knowledge makes it unconscionable for them to retain the property. However, and unlike a claim of dishonest assistance, the claimant does not have to show that the defendant acted dishonestly when they received the property.

In Byers v Samba Financial Group the Court of Appeal and Mr Justice Fancourt in the High Court had been asked to consider the law of knowing receipt in the context of a claim brought by the Joint Official Liquidators of Saad Investments Company Limited (“SICL”), a Cayman Islands Registered Company, against a Saudi Arabian Bank for the value of shares in five Saudi Arabian companies which were transferred to the Bank, in it was alleged breach of trust.  The High Court considered the distinction between dishonest assistance and knowing receipt in light of a long line of case law which at best had blurred the distinctions between the two legal principles, and in turn the Court of Appeal was asked to determine whether the claimants’ interest in the disputed property had been extinguished so as to forfeit its rights to bring a claim against the defendant for knowing receipt.

Lord Justice Newey confirmed that Mr Justice Fancourt had correctly concluded that a claimant’s continuing proprietary interest in the property is therefore a necessary component in a claim for knowing receipt and as a matter of fact in the case before the Court the claimants’ absence of a continuing proprietary interest in the disputed securities at the time of registration mean that the Liquidators’ claim against the defendant for knowing receipt must fail.

The parties did not appeal Fancourt LJ’s decision with respect of the distinct legal difference between liability for dishonest assistance and for knowing receipt and therefore the decision at first instance remains good in law and helpful authority on the point.  Fancourt LJ confirmed that while the distinction between the two legal principles may become blurred, if as the facts present themselves, a defendant is liable for both dishonest assistance and knowing receipt, this does not close the gap on the difference between the two legal principles, namely that:

In the context of asset recovery in offshore jurisdictions, the Court of Appeal’s decision, upholding Mr Justice Fancourt’s decision at first instance, is a helpful and important judgment which brings the law of dishonest assistance and knowing receipt up to date. This decision also provides guidance on how a court will approach cases concerning these legal principles in both the Cayman Islands, which adopts the common law from the UK in the absence of any specific jurisprudence from its own court, and also the UK.

While the Court of Appeal’s decision in Byers v Samba Financial Group is a helpful judgment which clarifies the legal position, as a matter of common law, the practical issues that Liquidators must consider in their efforts to recover assets and return value to fraud victims are no less complicated.

This article was co-authored by Natasha Partos of Campbells and Kim Dennison of Alvarez & Marsal and was first published in ThoughtLeaders4 FIRE magazine, Issue 8. 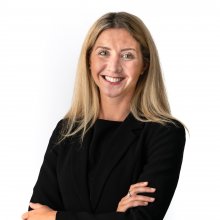