This Olympaid will see a record 189 teams from around the world participating in the tournament, which was originally scheduled to take place in Russia. Shaun is captain of the Cayman Islands team as well as Founder and President of the Cayman Islands Chess Federation (CICF), established in 2018.

Shaun said, “This is a proud moment for Cayman Islands chess, to be competing on the world stage for the first time. We are glad that our team includes both experienced players and our most promising local junior, Laia Swaminathan of CIS, and we are all looking forward to the challenge of facing strong opposition.”

Other team members are Clifford Shaw, Christopher Young, Malcolm Powell (Secretary of the CICF) and Laia Swaminathan. They will depart for India in mid-July, having trained and prepped for this milestone event in conjunction with their coach, International Master Jomo Pitterson, from Jamaica. All team members are very excited to meet fellow chess colleagues at the tournament and will be posting updates on their games via social media (Facebook: Cayman Islands Chess Federation / Instagram: @C.I. Chess Federation).

Shaun added, “We are grateful to our team’s sponsor, Campbells, as well as other local firms who sponsor chess activities in the Cayman Islands, including BDO who sponsored our first international tournament, the Jubilee Chess Classic.” 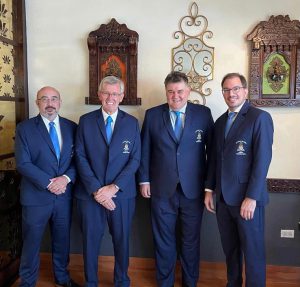 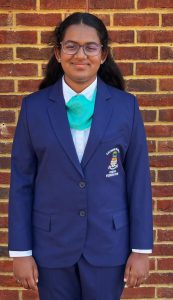 (Missing from photo is Laia Swaminathan)