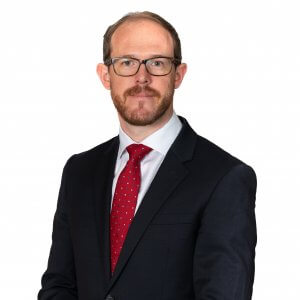 Matthew is a senior associate in the Litigation, Insolvency & Restructuring Group. He joined Campbells in 2018 having previously worked for three and a half years at another firm in the British Virgin Islands. Prior to that, Matt was a partner at a niche practice in Southampton. In his spare time Matt likes to sail and is an avid rugby and ice hockey fan.

Matthew advises and appears in the High Court and Commercial Court of the British Virgin Islands on behalf of provisional and official liquidators, creditors, shareholders, directors, managers and other professional service providers in relation to a broad range of pre and post-liquidation disputes. He has acted in litigation involving widely varying commercial contexts and structures, but his practice principally involves shareholder disputes (specifically relating to shareholders located in China and CIS countries) and claims relating to breaches of fiduciary duties.

Notable instructions include advising Kaupthing bank regarding claims in BVI liquidations, advising creditors and receivers regarding the recovery of assets in the BVI, Barbados and The Bahamas, advising individuals based in Russia regarding breach of trust claims totally $300 million, advising Swiss nationals regarding a claim for fraudulent trading and advising liquidators regarding misfeasance and insolvent trading claims against directors and shadow directors of BVI companies.