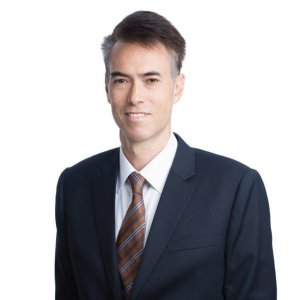 “Peers regard him as a “great lawyer.”
– Chambers Global

Ashley also has a broad corporate practice and has advised on mergers and acquisitions, joint ventures, continuations in and out of the BVI and Cayman Islands, reorganisations, asset disposals, private equity and venture capital structures.  His experience includes advising on complex regulatory matters involving liaising with the BVI regulator and acting for the BVI liquidator on multi-jurisdictional asset disposals.

Prior to joining Campbells, Ashley was a partner in another leading international offshore firm (based for two years in their BVI and Cayman offices and 8 years in Hong Kong). Before that he worked for several years in private practice in London, Paris and Sydney.

2018 Chambers Global Guide – (Corporate & Finance) Ashley Davies is respected in the market for his expertise in finance and corporate matters. He has considerable experience working on behalf of clients from the real estate and construction sectors. Peers regard him as a “great lawyer.”

2017 IFLR 1000 – Leading Lawyer “Ashley is hands on and responsive and technically excellent, and understands what his clients need.”

Chambers Asia-Pacific 2015 – “Ashley Davies is well known for his finance practice, advising on an array of transactions from acquisition and structured finance to construction finance and syndicated lending. Clients say that he is ‘always very available and helpful’.”

Chambers Asia-Pacific 2014 – “Ashley Davies debuts in the rankings this year on the back of strong market endorsement. Sources say: ‘He is very responsive, commercial and thorough – we have never had any issues with his service, execution and quality of work’.”